A-1 United has had an Electrical Division since 2010. Between residential service calls, reconnects for our replacement department, and commercial projects, the electrical division is our fastest growing business unit. Our electrical division can handle any sized project.

Our electrical services include:

We specialize in customer service. Our highly qualified and trained electricians are skilled at installing or repairing all of your electrical needs. You can feel confident knowing that our excellent electricians will treat you, your family, and your home with the respect and attention to safety you deserve. Whether you’re in need of service at your home or business, let us be your preferred air conditioning and heating contractor. Give us a call at 402-593-7500 for more information or to schedule a service appointment. 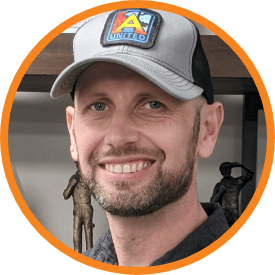 Scott joined the Electrical industry in 2006. In 2013 Scott joined the team with A-1 United and became our Electrical manager in the same year! Scott is a licensed Master Electrician with many years of experience. His noteworthy projects include the electrical remodel of Boyd Elementary in Omaha, the electrical remodel of G. Stanley Elementary in La Vista, and the electrical from the ground up Trinity Lutheran Church in Papillion. He and his dedicated crews ensure projects operate smoothly and completion according to city and state codes.

In his downtime, Scott enjoys spending his time in the great outdoors with his family and considers himself a master angler. OUR REVIEWS SAY IT ALL

Great job by all. They were careful of the landscape replacing the A/C unit. Inside the heating system was replaced and the fit and finish was great. Explained the operation of everything. They came back two weeks later and checked out the operation of the systems plus installation. The tech was here over an hour checking out everything. New system is quiet. This is a company that care about its customer. We highly recommend A-1.